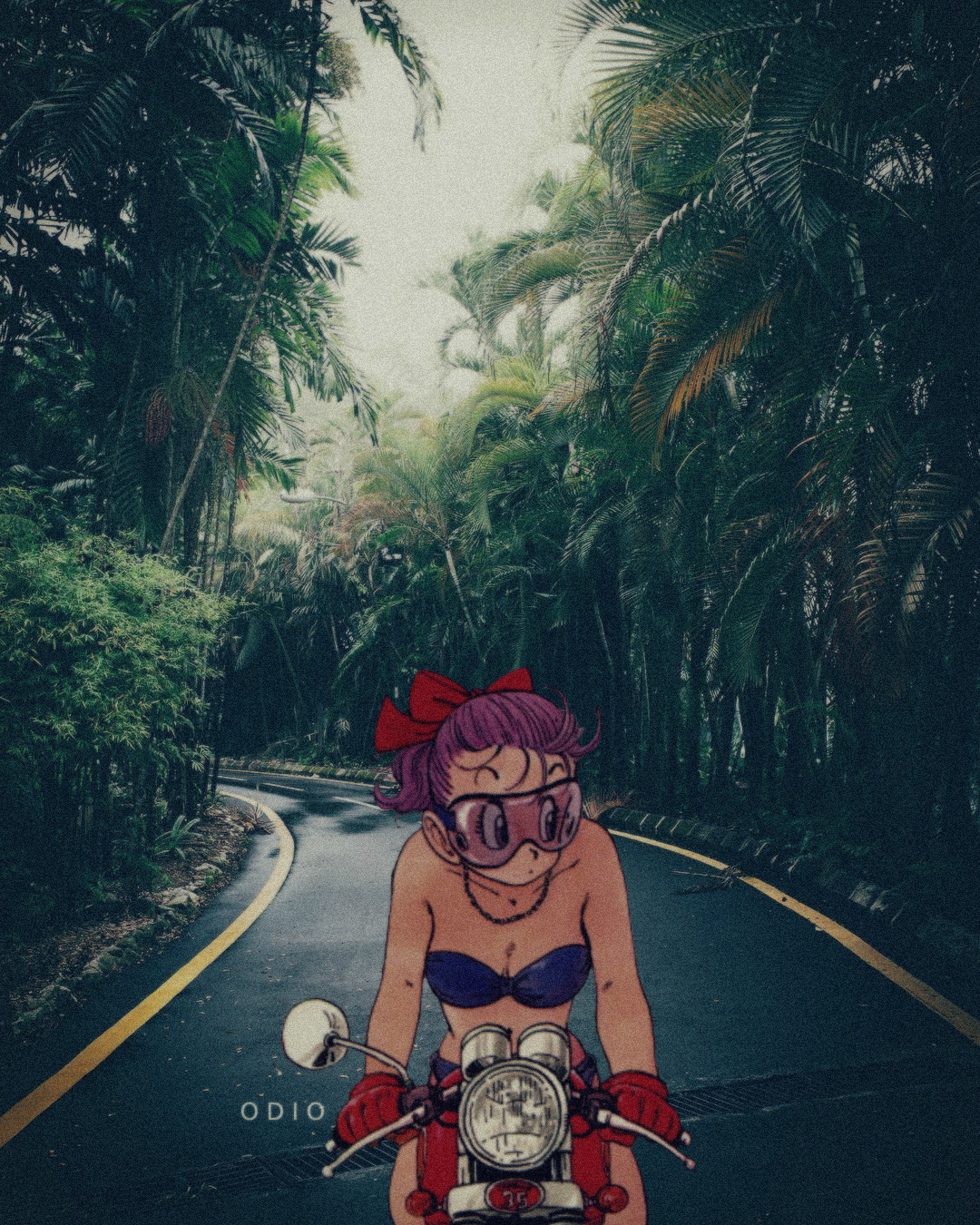 PERSONALITY: Bulma is a firecracker, through and through. You've got to be in order to keep up with the shenanigans that go on in her universe. Magical dragon balls, aliens, and the universe always in danger. Through all of this Bulma makes it out and keeps her fiesty personality with her. Sometimes this nearly fearless facade gets her into trouble, but it also has kept her alive, and comes as an asset to her friends and family. And there has to be something that Vegeta fears so Bulma has a wrath that is one to even rival the Saiyan Prince. She and Chichi are some of few humans willing to literally slap and hurt the earth's strongest fighters. Her slaps are legendary.

Confident not without reason, Bulma is a brilliant scientist. Her father is the owner and founder of Capsule Corporation, a company responsible for the creation of capsules that can literally contain houses, cars, food, and whatever a person may need at a given time. She's also worked on her own spaceships, interpreted alien technology, and in a future version, created an actual working time machine. Usually she's creating custom gadgets for whatever the Z team need in their upcoming fights, fighting gear, or a way to find the dragon balls.

Not only does Bulma supply a lot of brains of the Z team's operations like planning (or just common sense), she gets out of the lab and gets her feet dirty too. Not necessarily a fighter herself, Bulma is on the cause for doing all she can to help her friends stay alive and keep the universe/earth safe. She's traveled to the alien Namek to help Goku, Gohaun, and Krillin when it was time to fight Freiza. She used to be one of the only people who traveled with Goku as a child, searching for the dragon balls, and fighting earth's dangerous rivals at the time.

Action, adventure, and world saving aside, Bulma is first and foremost a super mom. Birthing not one but two saiyan babies with Vegeta and being the coolest, loving mom she could be. And harassing Vegeta to try and show some semblance of care. Not necessarily the family she thought she would get, but she is happy, content, and loves her angry alien monkey prince and their children, Trunks and Bulla. She does have no problem dropping her kids off with capable bodied people in order for her to continue her own personal adventures or still being a scientific asset to the Z team.

HISTORY: It's a lot.